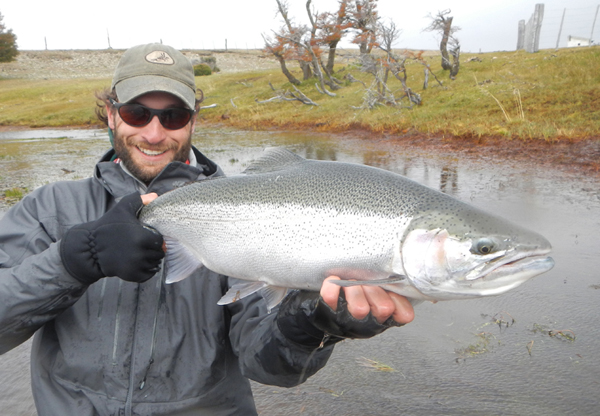 Wow... to be honest I don’t even know where to begin.  The last three weeks of the season flew by in a classic example of the true relativity of time.  It felt like months’ worth of fishing, wading, and rowing while it happened; yet now that it’s over the whole of it seems like it all got used up in a flash.

So I started out just after my last post exploring some new (to me) lakes with a really special client who had shown up in Esquel just the day before.  This turned out to be hugely successful, both in terms of experiencing some un-known scenery and in terms of the fishing itself, and I think our experience there has cemented these locations into a special place for next year’s plans as well.  (See photos for an answer to the question “why?”) 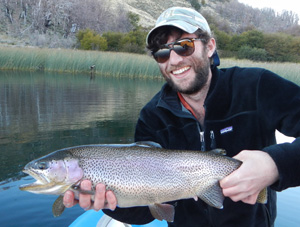 We then picked up the rest of that week’s group and headed back down to Rio Pico, where the fishing was absolutely on fire.  Every piece of water we hit was lit up like a Christmas tree, and the combination of big bright fish and awesome orange fall light made for some spectacular experiences both from the perspective of the net man (that would be me) and those with the rods in their hands (those would be the sports). These turned out to be a really great bunch of folks too, and we all had about as good a time while they were here as we could have asked for without feeling guilty in the process.  Ok, I guess I do feel a little bit guilty, but that’s only because all of you up at your desks in the states won’t just get your butts in gear and come down here! 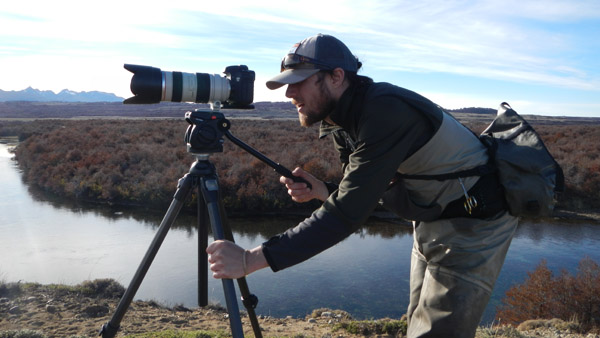 I must say, after having been involved in video production as a sort-of-paying job for the last decade or so in my position at Syzygy Productions, the idea of getting behind a camera (or in front of one, for that matter) during my end of the season wind-down time did not exactly at the onset make me jump and shout with joy.  Alex seemed like a really nice guy though; and basically the plan was mostly just to go fishing; so in the end I picked him up on my way south and we headed straight out to Lago Vintter and the Madrugon II, where Paulino was holding high court over an extremely low-flowing river.  Lack of snowfall last winter and an exceptionally warm summer have the 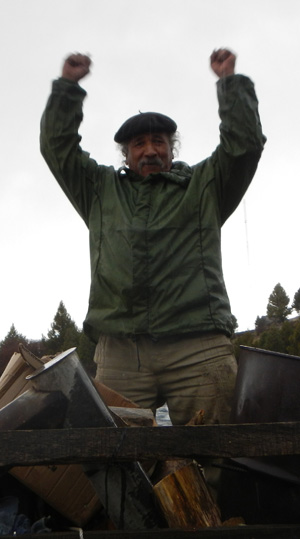 Corcovado running at a level it hasn’t seen since 1985.  It is still fishing well enough, as the photos of what we caught there this last week will attest, but it was a strange experience to stand on rocks that in previous years we’d have been swept off of and carried away downstream without the river’s having to give it a second thought.  I talked with Paulino about this extensively while 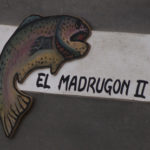 we were there, and although there’s no direct relationship (last year the river was higher than normal), it led to a larger discussion about the cycles and trends in the weather here around Rio Pico over the decades he has been in the area (going on eight of them now), which touched on some interesting points.   I’m certainly not one to stick my foot too far into the seemingly mostly political debate over climate change or its causes, but sometimes it does seem to me that something sure is happening, and happening fast.  According to Paulino, when he was a child growing up in Rio Pico the snow stayed on the mountains all around town throughout the whole of summer, and that the lakes in the area used to freeze over – even Lago 3!  This probably won’t surprise any of you up in the 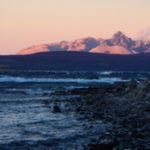 states (I mean who hangs out on Lago 3 in the winter?), but to a relative newbie like myself who is down here year round just these past few years, that’s big-time news.  Paulino says they used to walk across it!  Oh well, perhaps it’s just a short-cycle of temperature change and about to reverse itself with a vengeance.  Sure seemed like that this last week!  Which brings me back to my story. 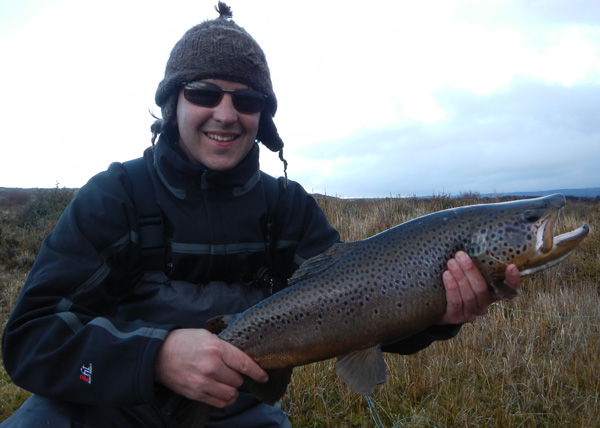 Luckily, my rod-wielding replacement appeared in the form of Hernan, an exceedingly fishy kid from Junin, stuck in a motor-home with four adult cucharero/cuchillero’s and looking for an out.  Hernan had Serious Fish-Mojo, and just sort of appeared in our campsite one night, probably due to some sort of yet to be discovered magnetism that exists between similar fly-fishy types.  This became a symbiotic relationship our first day out with the camera though; you couldn’t keep huge fish off his line if you tried!  I would love to show everyone a preview of what we shot that day, but out of respect for the finished product I shall demur.  It’s going to be even better once it’s scored.

So the shoot raged on, over what seemed like about a million enjoyable miles and a thousand or so gate openings and closings, punctuated by lots of fly line being carried out through the guides and against the drags by running monsters with flies in their big, toothy mouths; and now it’s all been stored on hard-drives in the form of billions of ones and zeros, and carried North in the capable hands of our man Alex (by this time an old friend), who will turn it into a bright little gem of some sort for all the fish-loving world to enjoy.  Stay tuned for that post soon! 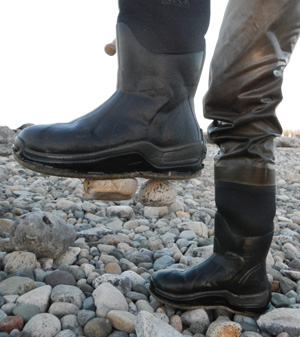 When it was all over and we had crunched through enough shore-ice to feel like it might be time to go on home, we first helped Paulino and the gang break down bridge-camp and load it all into the trucks and trailers that would take it back to town, then made a few last casts with the Spey rods at the boca.  Having discovered the magic of Skagit, I proceeded to catch my last boca brook trout of the year on the thirteen foot nine weight, and with that called it a season till November.  A good season, that is. 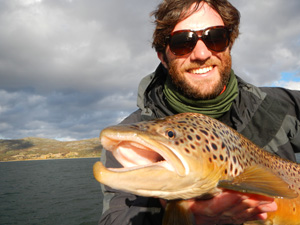 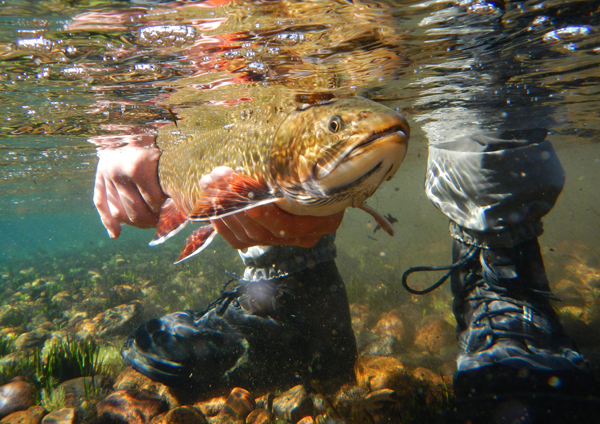