Taking a break this week from the water (more or less) and getting caught up in the office between groups. I hope you are all doing well wherever you find yourselves in the world. Things are good for me. We had a bit of a spell of hot weather for a while, but as I write it has cooled off considerably and a mix of rain and snow is falling in the mountains. Over the last month I’ve had some backcountry Trout Bum trips and some clients for a few weeks in the lodge, but they have all been quite enjoyable, and the fishing has been excellent as well. I say more or less about getting caught up in the office over my break because of course the voices called me, and so Trey Scharp and I did a small exploration of the Valle Rio Frio yesterday, when I should probably have been in front of the laptop instead. The water does call though, and it amazes me every single time I get on Google Earth just how much of it there is within a day’s drive of home that still has yet to see my flies. Now though, after the break is done, I’ll be back on the oars until the end of the season and then more or less immediately heading out again for a month-long float trip through one of the longest stretches of back-country river left on Earth, mixing it up at last with a fish that has been on my list now for some time, the noble steelhead. Poor me. Look for stories of that one to come along in May.

In other news (I’m starting to hate that word) the rest of the world seems to have gone quite mad. I am a bit off the network down here, a circumstance I rather enjoy, but the things my clients have been telling me about the goings on up in the states and other parts of our planet of late have been alarming. I realize it is easy for news to seem worse than it is; the media is in the business of focusing only on the bad most of the time; and when I back up far enough from my limited perspective to look at all of this within its larger historical context, perhaps not much has changed. But that can be hard for me to do sometimes. I live in a town where the baker, if she can’t make change for the only bill I happen to have in my wallet on a Sunday morning, tells me “Just pay me next time you come in.”, and then doesn’t even feel the need to write the debt down in her ledger of credits. I just pay her next time I go in, and that’s how things work down here. Sure, bad things happen too; people lie; horses and cattle are occasionally stolen; sometimes even a couple of gauchos get into a fight and one of them is knifed; but for God’s sake man – nobody walks into an elementary school and starts shooting children. I mean, seriously though, what the hell is going on up there?

Anyway, changing the subject, here are some of the better photos that have been taken either by or of me since my last post. Hope you enjoy. Also – our video from the last post got picked up by Orvis’ Friday Fly Fishing Film Festival – click here if you haven’t already seen it, or would like just like to give it another look, and be sure to scroll down to the bottom and leave us some good commentary for the public there as well! And everybody shoot me the news! (Your news, not the media’s; and the word “shoot” here only applies to its usage in sending me an email) Hope to hear from each and every one of you sometime soon. 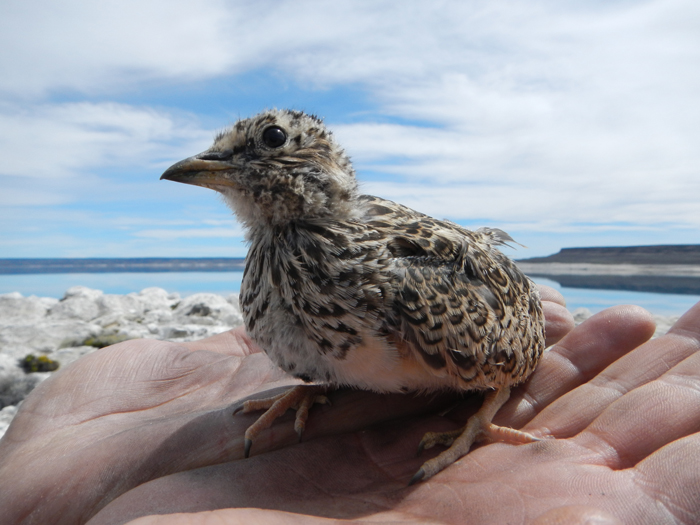 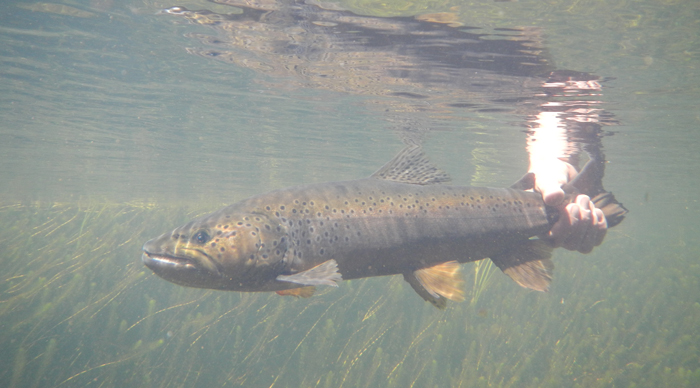 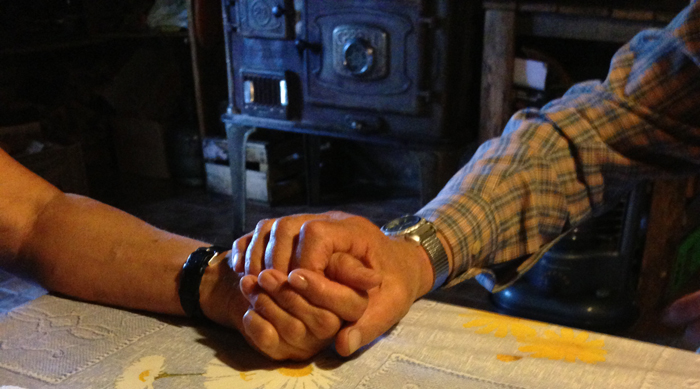 Nikita and Gretel - A Love that lasts 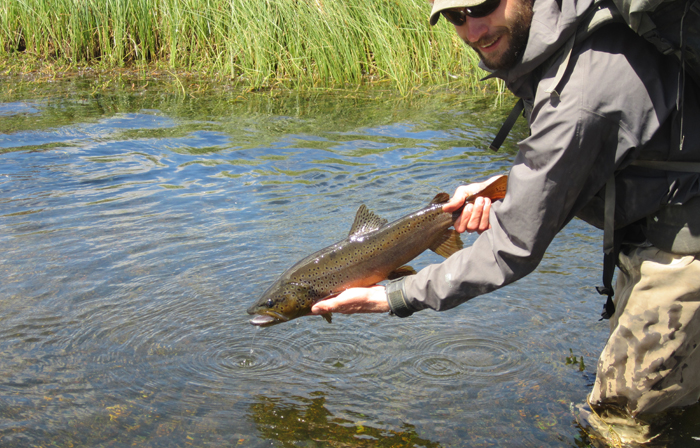 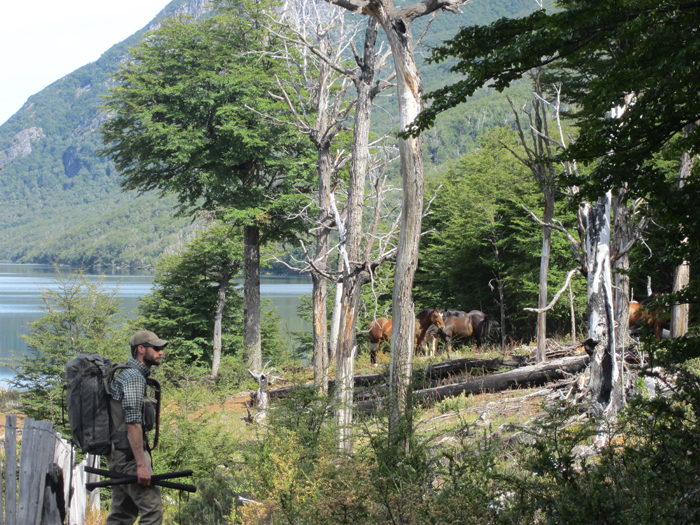 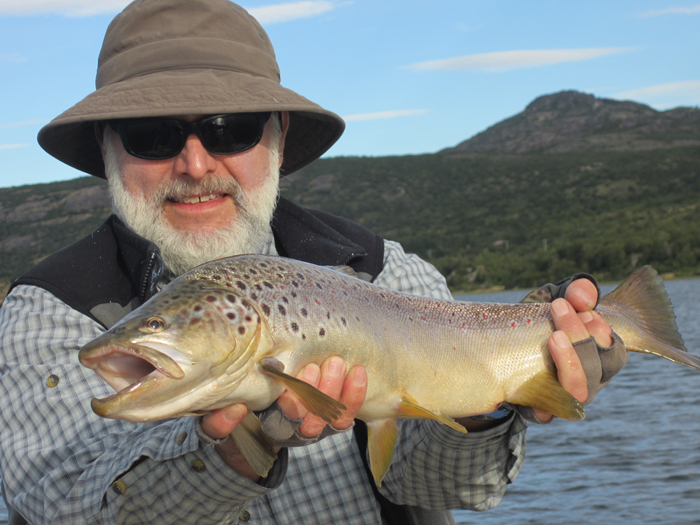 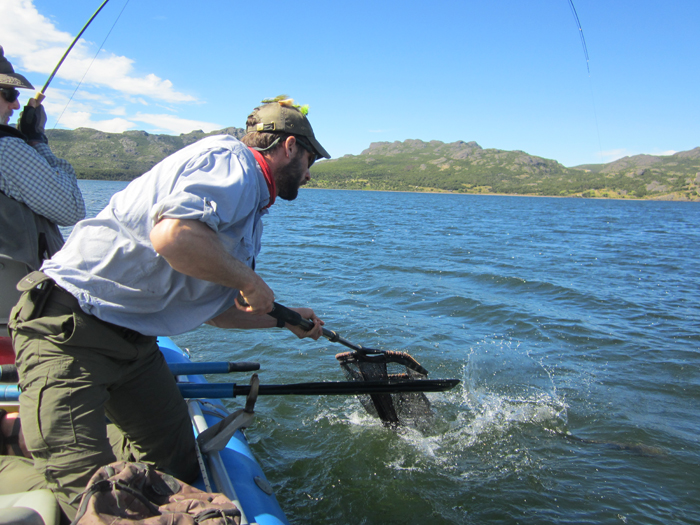 Wielding the Net of Joy 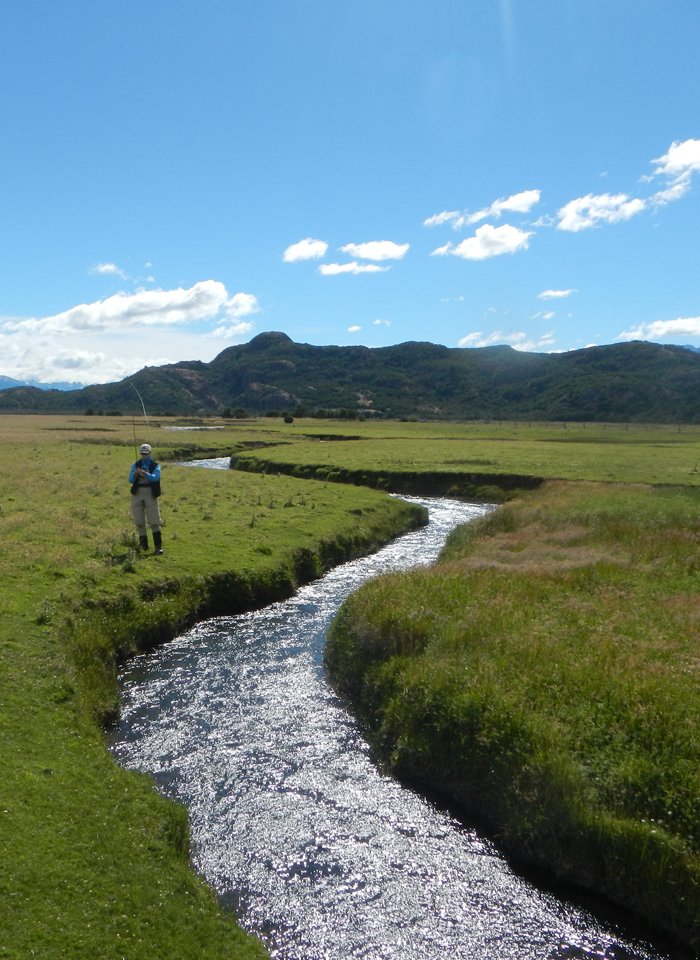 The Spring Creeks of Tres Leones

Wild Strawberries on the Estancia of the man who once told me "No one can own a waterfall!"